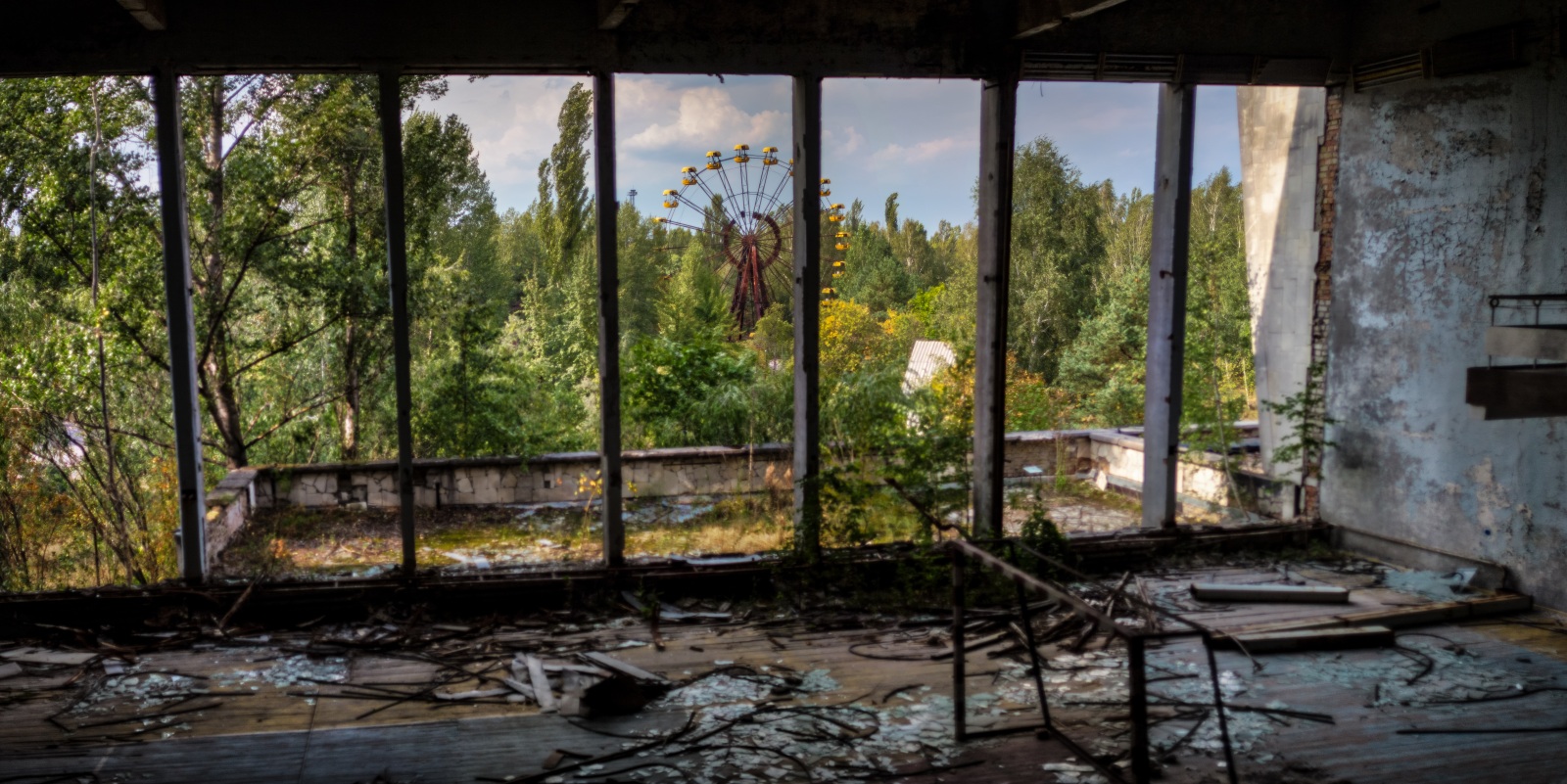 Nearly 33 years after the accident occurred, Chernobyl now attracts more visitors than its amusement park, which never saw a paying customer, could ever imagine.

Originally “doodled” out in 1946 by a small group of people related to University of California Radiation Laboratory, the universal symbol of radiation was eventually adopted by Soviet Russia, who would un-orthodoxically choose to place it on their government buildings. One of these symbols can be found on the skeletal frame of a former office building in the devastated city of Pripyat, standing now only as a chilling reminder of what occurred here.